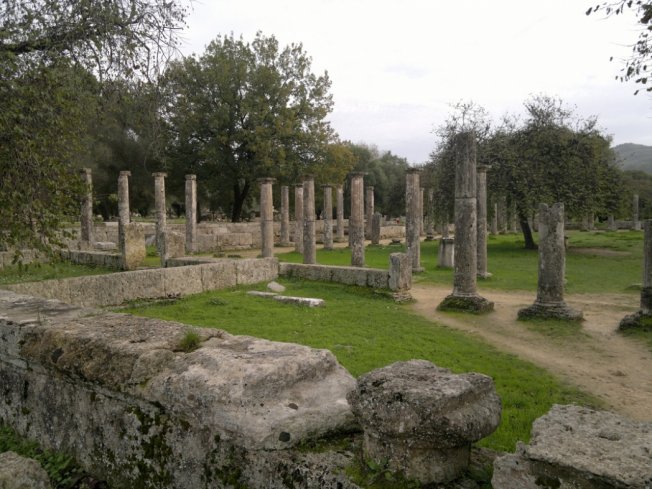 Drive along the coastal road of the Saronic gulf to the famous Corinth Canal where you will have a short stop to admire the sight and take pictures.

Then through Tripolis on to Ancient Olympia, the birthplace of the Olympic Games. There is the Temple of Zeus which in antiquity was housing one of the 7 wonders of the Ancient world, the gold and ivory statue of Zeus, which Phedias had created. Then see the Temple of Hera , the shrine of Pelops (one of the oldest in the sanctuary), the Council house where the athletes took the Olympic oath, the Treasury houses, the Gymnasium and the Palaestra where they used to exercise for a month prior to the Games and the Phillipeion. Finally come to the stadium, where the marble starting blocks are still in position.

You will also visit the Archeological Museum, only a short walk from the Olympia site itself. There you will find a wonderful collection of Greek sculpture, as well as treasures that have been unearthed over a century of excavations.

After all that, you can have a break in the modern town of Olympia, for a snack and a drink or shopping and then you will begin the journey back to Athens.

Tweet
Published in One Day Tours
More in this category: « Full day to Argolis Athenian Riviera Sea Kayak »
back to top