Cape Sounion and the Athenian Riviera 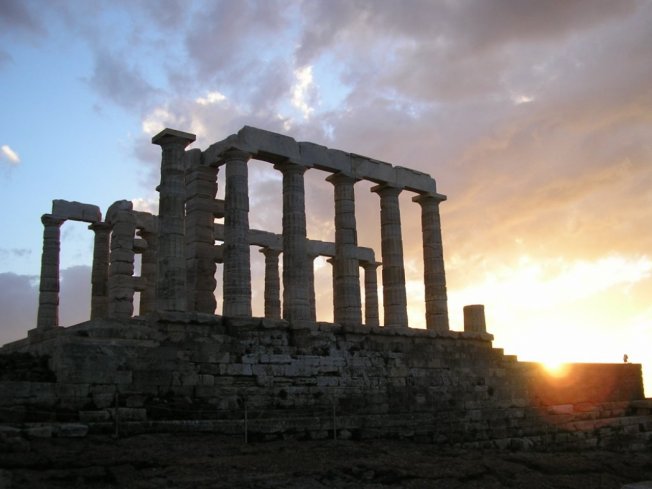 Cape Sounion is 70 km away from Athens where lies the magnificent temple of Poseidon. Driving along the coastal road of "Posidonos", one of the nicest coastlines of all Greece, you will pass by the beautiful harbors of Glyfada, Vouliagmeni and Varkiza. The ultimate place for sailboats, yachting, sunshine and blue seas! A splendid view of the Saronic Golf.

We arrive at Cape Sounion, the southernmost point of the European mainland.

Panoramic view of all the Aegean sea, from the top of the outstanding rock a monument to the history of the temple of Poseidon.

Sounion was believed to be the home of the god of the sea, Poseidon. Legends and myths alongside reality! The temple of the goddess Athena was also just beside this.

The area is known as "Lavrio" and it is one of the richest in metals and minerals. Here ancient silver-lead mines are located. The sunrise seen from Cape Sounio became famous as it was shown in the "Millenium World TV Show 2000".

During the tour there will be time to have lunch by the seaside at one of the picturesque coves of the Saronic Golf.

Tweet
Published in One Day Tours
More in this category: « Athens Walking Food Tour Ancient Corinth and the Canal »
back to top